The “Doing Business With China and South Korea" meeting was held by the IBREI China and South Korea Teams on April 5th, in Washington DC, at the Sidley Austin LLP Office. The breakfast event "Asian Investments in Brazil: Opportunities, Challenges and Different Perspectives" gathered experts on these subjects. The speakers have proven track records and shared their experiences in topics such as infrastructure investment and Public-Private Partnership.

The Doing Business with China and Korea event was held at Sidley Austin LLP office, in Washington DC, last April 5th, 2019. Mr. Ayaz Shaikh, partner at Sidley Austin LLP, did the opening speech followed by Ms. Su Jung Ko, Ambassador of the China and South Korea of IBREI. In the first panel, moderated by Ms. Su Jung Ko, "Current Asian Investments in Brazil: Chinese and Korean Perspectives", the speakers Mr. Otaviano Canuto and Mr. Matthew Yoon shared their experience and thoughts. The former, presented some insights on Chinese direct investments in Latin America, its challenges and how it is changing over time. The later, Mr. Yoon, spoke about the characteristics of Korean investments in the United States and Brazil in recent years. The second panel, “Investing in Brazil: Brazil’s Infrastructure Projects Portfolio, Legal & Financial Challenges”, had three speakers, Mr. Frota, Mr. Figueira and Mr. Chandler and it was moderated by Mr. Ayaz Shaikh, who gave an overview on the importance of investments in the infrastructure sector, especially for the Brazilian economy. Mr. Frota, a Brazilian diplomat, presented the current scenario of infrastructure investment opportunities in Brazil. Mr. Figueira discussed the legal aspects of investing in Brazil and presented some data about investments in this country. Mr. Chandler shared his vast experience advising firms in energy projects. After the presentations, the speakers had some time for a rich discussion and to answer to questions from the audience. Finally, Ms. Su Jung Ko did the event´s final remarks, mentioning the relevance of such kind of event, to help creating the bridge between Brazil and Asia and to improve the business environment in these regions.

Fábio Figueira is a partner and the national leader for the firm’s corporate practice. He regularly counsels international groups on potential corporate issues related to mergers & acquisitions in Brazil and abroad. He has represented international groups in several industries in the pharmaceutical, consumer products and energy including GSK, MSD, Dentsply International, Mars, and S.C. Johnson. Figueira is engaged with several institutions such as the German - Brazilian Chamber of Commerce and Industry and the International Bar Association.

Werneck is a partner at Mattos Filho, Veiga Filho, Marrey Jr. e Quiroga Advogados. He has experience in infrastructure, energy, oil and gas and mining projects, in mergers and acquisitions, as well as in concessions, public-private partnerships (including PMIs) and government procurement. He also works in project financing, negotiation of tax incentives and regulatory issues. He was a foreign attorney at Cleary Gottlieb Steen & Hamilton and a partner at the American Mayer Brown office. He teaches postgraduate courses at the Getulio Vargas Foundation (FGV) and the Institute for Economic Research Foundation (Fipe).

Ayaz Shaikh is a lawyer with 25 years of experience in over 30 countries in the Americas, Asia, Middle East, Europe and Africa. He represents sponsors, investors, banks, MLAs, and governments in the development, construction, financing or acquisition of major projects. Ayaz has led pioneering projects such as the World Bank’s first Prototype Carbon Fund investment. He is a graduate of Yale College and Georgetown Law Center where he served on the Law Review board and was a John M. Olin Law & Economics Fellow. Ayaz serves on the Board of the Asian American Legal Defense and Education Fund, and the National Advisory Council of the South Asian Bar Association. Mr. Shaikh has also worked as a banker at Goldman Sachs and Bankers Trust.

Tim Chandler’s practice principally involves representing companies, funds and management teams in their investments in “hard hat” industries throughout the world, such as energy, infrastructure, minerals and manufacturing, including assisting clients in private equity investments, mergers and acquisitions, joint ventures, project development and financings. In his career, Tim has worked on transactions involving six continents and more than 35 countries. Tim has worked on transactions ranging from Asian investments in North and South America infrastructure, to sales of worldwide natural gas and power trading contracts, to private equity investments in U.S. midstream and power assets, to railway development in Mongolia, to a satellite launch to provide internet service in Africa, to a joint venture investment in Greek oil and gas assets, to expansions of steel plants.

Lucas Frota – Diplomat at the Embassy of Brazil, Washington

Lucas Frota is a Brazilian career diplomat and has been posted in Washington and Mexico City. He is in charge of the Trade and Investment Office at the Embassy of Brazil in Washington. Prior to this position, he was the head of the Trade and Investment Office at the Brazilian Embassy in Mexico. In the Brazilian Foreign Ministry HQ, Mr. Frota worked with bilateral relations with the Middle East. Mr. Frota has a Bachelor's degree in International Relations from the Catholic University of Rio and graduated from the Brazilian Diplomatic Academy in 2010.​

Otaviano Canuto - Principal of the Center for Macroeconomics and Development

Otaviano Canuto, based in Washington, D.C, is principal of the Center for Macroeconomics and Development, a senior fellow at the Policy Center for the New South and a nonresident senior fellow at Brookings Institution. He is a former vice-president and a former executive director at the World Bank, a former executive director at the International Monetary Fund and a former vice-president at the Inter-American Development Bank. He is also a former deputy minister for international affairs at Brazil's Ministry of Finance and a former professor of economics at University of São Paulo and University of Campinas, Brazil.

Mr. Yoon currently serves at Pi Capital International, LLC, a global advisory firm. He established Pi Capital Asia Co., Ltd. Previously, Mr. Yoon was with INTL FCStone Inc., a Fortune 500 company listed on NASDAQ, as a Managing Director, Investment Banking responsible for its Asia business with specific focus on covering South Korean clients. He was also with Firefly Holdings, Inc., a Boston based financial services firm backed by Kirnaf in Saudi Arabia, where he founded its first investment banking practice and was part of the internal M&A team.

Su Jung Ko is a lawyer graduated in law from the University of São Paulo. She did pos graduation in corporate law from GV Law and LL.M (Master of Laws) from the Georgetown Law Center in Washington D.C., United States. After 10 years of experience in merger and acquisition and corporate law in big law firm of Brazil, she founded the investment advisory firm “Golden Hawk Consulting” with focus on Asian investors. Currently, Ms. Ko is a director of the Chamber of Commerce Brazil-Korea, founder, board member and Ambassador of South Korea and China of the Brazilian Institute of International Business Relations (IBREI), member of the Council for Art Law of the Sao Paulo Section of the Brazilian Bar Association, and member of the Legal Council of the Ministry of Justice of Korea for small and medium-sized Korean companies investing in Latin America. 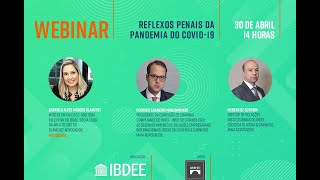 B. Talks - Outlook on Brazil Economy